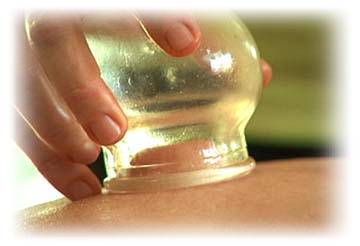 Cupping therapy is the method of using glass or plastic cups to create localized pressure by a vacuum.  The Chinese have been doing this since ancient times by using heat inside glass or bamboo cups.  Nowadays, cupping sets use suction to create the vacuum.  The vacuum inside the cups causes the blood to form in the area and help the healing in that area.
Another healing aspect of cupping therapy is through the release of toxins in your body.  The suction from the cups can penetrate deep into your tissues causing the tissues to release harmful toxins.  It triggers the lymphatic system, clears the blood vessels, and stretches and activates the skin.

Cupping therapy has been found in ancient records dating back 3500 years and it is still used today by many alternative medicine practitioners.  New advancements in technology and materials have been integrated with cupping therapies and its uses now range for many different treatments and applications.

Explore the benefits of Traditional Chinese Medicine. Cupping is wonderful technique that can improve your health and provide numerous benefits.

One way to think about cupping is that it is the inverse of massage. Rather than applying pressure to muscles, the suction uses pressure to pull skin, tissue and muscles upward. I often combine cupping with acupuncture into one treatment, but it could also be used alone.

Cupping was developed thousands of years ago and though the techniques have modernized, the original philosophy remains the same.

Cupping involves placing glass, bamboo or plastic jars on the skin and creating a vacuum by suctioning out the air. The underlying tissue is raised, or sucked, partway into the cup. The purpose of cupping is to enhance circulation, help relieve pain, remove “heat” and pull out the toxins that linger in your body’s tissues.

You usually will feel a tight sensation in the area of the cup. Often, this sensation is relaxing and soothing. Depending on your comfort and your practitioner’s assessment of the problem, cups may be moved around or left in place. They may remain on your body briefly or for longer amounts of time. Each treatment is unique to you on that particular day. One very common area to be cupped is the back, although cups work well on other areas, too — particularly on fleshy sections of the body.

Cupping causes the skin to temporarily turn red, blue or purple, especially if there is an injury or energetic blockage under the area that was cupped. The skin discoloration can last anywhere from a few days to a couple of weeks, but is rarely painful. Once the marks have cleared, the procedure can be repeated until the condition or ailment is resolved.

There are a number of methods of cupping — the two most common here in the U.S. are “fixed cupping” and “moving cupping.”

The cups are placed on a selected area of your body and then left in place without being moved.

As the name implies, in this method your practitioner applies massage oil or cream on your skin in selected places, puts the cups over the areas to be treated and then slides them around that region of the body — most commonly the back. The cups slide easily because the cream has lubricated your body.

You ought to consider exploring the benefits of cupping if you seek relief from stress, pain, allergies, fatigue, flu, colds, back pain, anxiety, muscle aches, red itchy skin conditions or fever.

Here are three reasons why cupping just might go mainstream this year:

It was about 10 years ago when cupping first appeared in the tabloids. Actress Gwyneth Paltrow showed up on the red carpet with obvious round cupping marks on her back. She received a lot of press and later explained to Oprah, “It feels amazing and it’s very relaxing.”

Well, these days she is not alone among Hollywood stars who are devoted to this ancient healing technique. Last April, Jennifer Aniston arrived at the premiere of her movie, “Call Me Crazy” looking stunning in a strapless black dress which revealed cupping marks. She is known to be a long time fan of cupping and acupuncture.

Others stars who are outspoken proponents of cupping are Jessica Simpson, Lady Gaga and Victoria Beckham. They have spoken about using cupping for various physical complaints as well as for relaxation. Exes have picked up on the treatment too. Chris Martin (Paltrow’s “consciously uncoupled” partner) showed off his cupping circles while working out in London. Brad Pitt is also rumored to have tried cupping.

Wang Qun, a Chinese swimmer proudly showed off her marks during the 2008 Olympics in Beijing. Always looking for methods to naturally improve health and performance, more athletes have turned to cupping. Tennis ace Andy Murray said he used cupping in conjunction with other treatments to relieve stiffness and to help address a back injury.

Mets baseball players have also adopted the treatment. In August The Wall Street Journal reported on the multitude of Mets players using cupping. The trend started for them after their teammate Daisuke Matsuzaka appeared in the locker room with cupping marks. The 33-year-old started cupping about two years ago and was quoted in WSJ saying, “As an athlete, I want to play as long as possible, in order to do that, I need to find ways to protect my body. I’m always looking for something that might be better.”

But cupping is not just for movie stars and athletes … cupping is highly beneficial for everyone.

Cupping has numerous benefits — it can help remove toxins from the body and stimulate the flow of fresh blood, lymph, and Qi to the affected area and throughout the body. It often works wonders for patients with the flu, colds, coughs, back and muscle pain, poor circulation, anxiety, red itchy skin conditions (though cups are not applied to inflamed areas), allergies, fevers, aches and myriad other pains.

Cupping is not exclusive to Traditional Chinese Medicine. Variations of this treatment were used by ancient Egyptians, North American Indians, early Greeks, and in other Asian and European countries. Cupping therapy was recommended by Hippocrates, the man whom many consider to be the “Father of Modern Medicine,” in his guide to clinical treatment.

It should be noted that cupping is not be used on patients who bleed easily and/or cannot stop bleeding, have skin ulcers, or edema. It is unwise to cup over large blood vessels as well. Pregnant women should be cupped with extreme caution and never on their abdomen or lower back.

To be cautious I generally practice a less intense treatment the first time, and then see how the patient reacts before implementing longer amounts of time and more suction.

Tammy Huang is a Board-Certified Acupuncturist. Tammy was professionally trained and received her Master’s degree in Oriental Medicine (MSTOM) from Pacific College of Oriental Medicine. She had fellow-shipped with Dr. Hai-Xia Ni, mastering her international medical skills and Oriental Medicine knowledge. Throughout the years, Tammy has striven to refine her practice skills in order to provide the best outcome for each patient. She has been passionate about pursuing higher levels of treatments for her patients. Additionally, Dr. Huang specializes in women’s infertility. 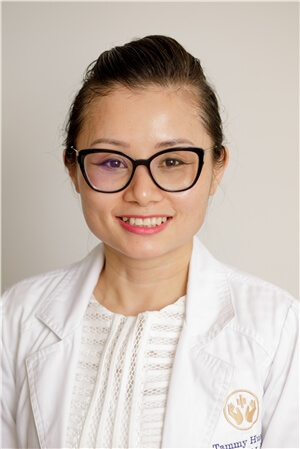 Dr. Chung-Ying (Fred) Tsai is a dedicated licensed physical therapist and acupuncturist serving patients in Manhattan, Brooklyn, and Queens, NY. Since Dr. Tsai is one of the few providers who have both licenses in practicing Physical Therapy and Acupuncture please read the following in regards to the insurances accepted. 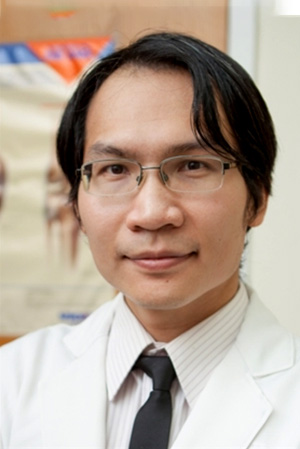 Dr. Jane Pahang is an enthusiastic and compassionate professional who is deeply committed to her patients’ well-being. She has been in this profession for more than 5 years since she earned her B.S. in Physical Therapy, and has been dedicated to providing the highest quality care to her patients. 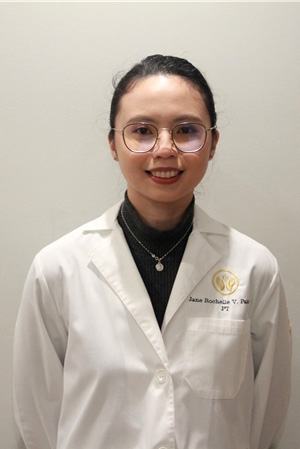 Swati Kommu is a gentle and skilled physical therapist serving the community of NYC. Dr. Kommu can communicate with her patients in English, and Hindi. She offers a number of services, including musculoskeletal physical therapy, myofascial release, Maitland and Mulligan mobilizations, kinesiotaping & vestibular rehabilitation. 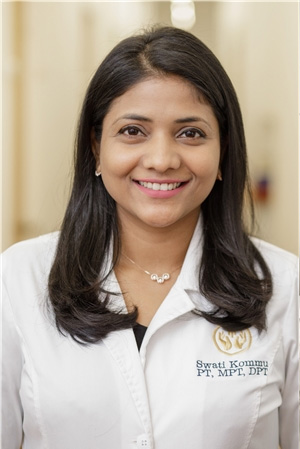 Dr. ShinJa (Sarah) Uhm is a dedicated acupuncturist. She is a practitioner at Chung Ying Physical Therapy & Acupuncture. Patients book appointments with her for acupuncture or Chinese medicine consultations, acupressure, and cupping. 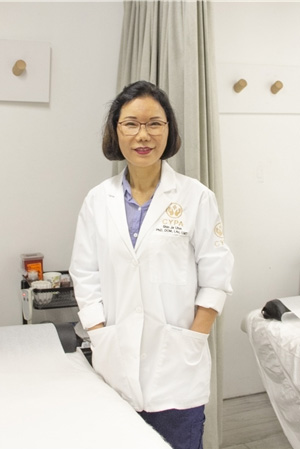 Ms. Yan (Rachel) Zhou is a detail-oriented and skilled acupuncturist. She earned her master’s degree in traditional oriental medicine from the Pacific College of Health and Science.

Ms. Zhou’s fluency in English and Mandarin enables her to offer culturally sensitive and competent care to clients belonging to different communities. She works tirelessly towards the welfare of everyone she looks after. 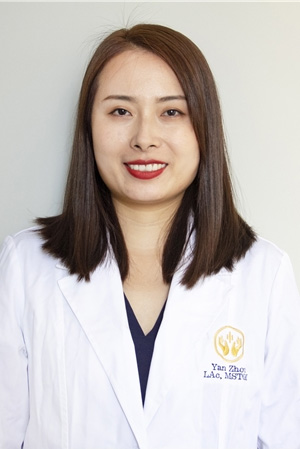 All Pains Will Be Gone

We Help You To Create a Pain Free Lifestyle

—坂井 学(Selected from All Pains Will Be Gone When Your Body Is Warm!)